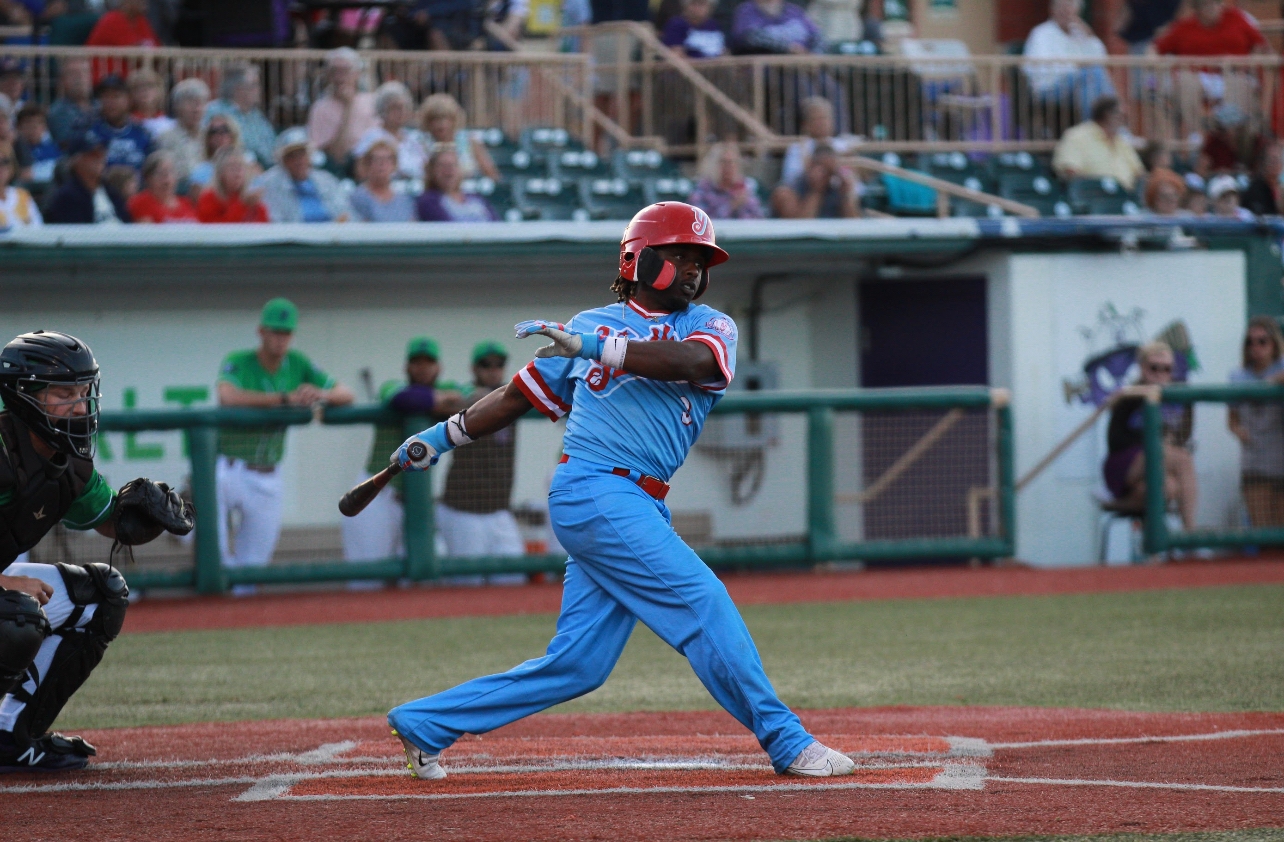 Avon, Ohio – After scoring only one run in the first 23 innings of the series, the Florence Y’alls (32-45) tacked on six runs to blank the Lake Erie Crushers (38-40) 6-0 at Mercy Health Stadium on Sunday.

Gunnar Kines, Lake Erie’s starting pitcher, carried a no-hitter through five innings. The first Y’all to face him in the sixth, catcher Cooper Edwards, singled against Kines and eventually scored the game’s first run. Florence followed up with a four-run outburst in the seventh inning, highlighted by Rodney Tennie’s two-RBI double. The Y’alls added one final run in the ninth as well.

Tennie, Ray Zuberer, Brennan Price, and Luis Pintor all drove in runs for the Y’alls, who pitched their second shutout of the season. Price’s 73rd RBI of the season keeps him at fourth in the Frontier League in the statistic.

In a third consecutive pitchers’ duel from the shores of Lake Erie, the Y’alls had the upper hand. Edgar Martinez earned the win with six scoreless innings, allowing only four hits and striking out seven batters. Evy Ruibal, Kent Klyman, and Joe Dougherty took care of the final three innings out of the bullpen.

Florence’s lack of success with runners in scoring position needed to change, and it did. After a combined 0-for-19 in the first two games of the series, the Y’alls finished 4-for-10 in tonight’s victory.

The win snaps a six-game losing streak, during which the Y’alls did not score more than four runs in any game. It allows the team to carry momentum into three road games against the Washington Wild Things next week. The Y’alls play Tuesday, Wednesday, and Thursday nights at Wild Things Park.

The Florence Y’alls are Northern Kentucky’s professional baseball team, and are proud members of the independent Frontier League, an MLB Partner League. With a purposeful focus on entertaining our fans, the Y’alls provide affordable, family-friendly entertainment. Y’alls home games are played at Thomas More Stadium, located at 7950 Freedom Way in Florence, Kentucky. The Y’alls are at home against the Schaumburg Boomers Friday, August 19. First pitch is at 7:03 P.M. Tickets are on sale now for the 2022 season. More details can be found online at florenceyalls.com (http://florenceyalls.com/) or by phone at (859) 594-4487.