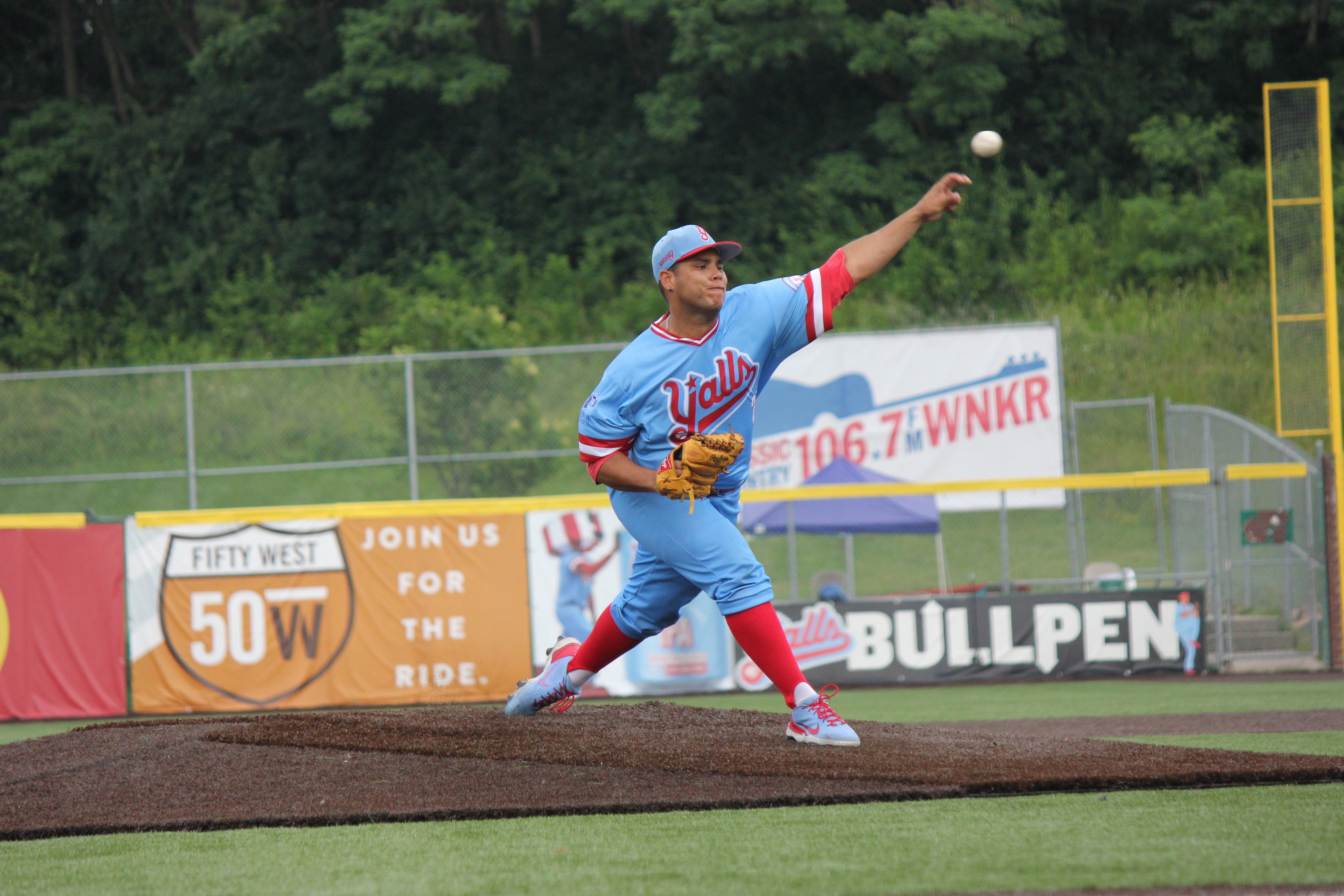 FLORENCE, Ky. – An 18-9 loss Friday turned out to be exactly the kick the Florence Y’alls needed. After a bounce-back victory on Saturday, the Y’alls scored another dominant win today. Florence beat the Windy City Thunderbolts 9-4 at Thomas More Stadium.

The Y’alls have now won back-to-back games for the first time all season. This is Florence’s third series victory, all of them coming at home. Florence has defeated Ottawa, Lake Erie, and now Windy City, with two wins in each series.

Like last night, Florence’s bats jumped on the Bolts' starting pitching quickly. The Y’alls scored all nine of their runs in the first four innings. Florence hit two more home runs in the victory. Andres Sthormes’ first home run as a Y’all came in the second inning, and Alberti Chavez legged out an inside-the-park homer in the fourth. The team now has 16 home runs in its last nine home games.

Jonaiker Villalobos threw six brilliant innings and earned his second win of the year. The Venezuelan left-hander allowed one run on four hits, while striking out eight batters. Billy Damon, David Stiehl, and Karl Craigie combined to finish the game on the mound.

With the exception of Yasel Santana and Villalobos, Florence’s last two starting pitchers, the bats had the upper hand in the series. The Y’alls and Bolts combined for 56 runs and 81 hits in the three-game set. Each team had a home run in each game as well.

The Y’alls have a Monday off day following this series clincher before hitting the road for next week. Florence travels to Gateway and Windy City for five away games beginning on Tuesday. First pitch is 7:45 eastern time from Sauget, Ill. and you can tune in to the live action with Anthony Mazzini at https://www.meridix.com/channel/?liveid=florenceyalls#/ (https://www.meridix.com/channel/?liveid=florenceyalls%23/).

The Florence Y’alls are Northern Kentucky’s professional baseball team, and are proud members of the independent Frontier League, an MLB Partner League. With a purposeful focus on entertaining our fans, the Y’alls provide affordable, family-friendly entertainment. Y’alls home games are played at Thomas More Stadium, located at 7950 Freedom Way in Florence, Kentucky. The Y’alls are at home next for a three-game series with Evansville beginning on Tuesday, June 21. Tickets are on sale now for the 2022 season. More details can be found online at florenceyalls.com (http://florenceyalls.com/) or by phone at (859) 594-4487.