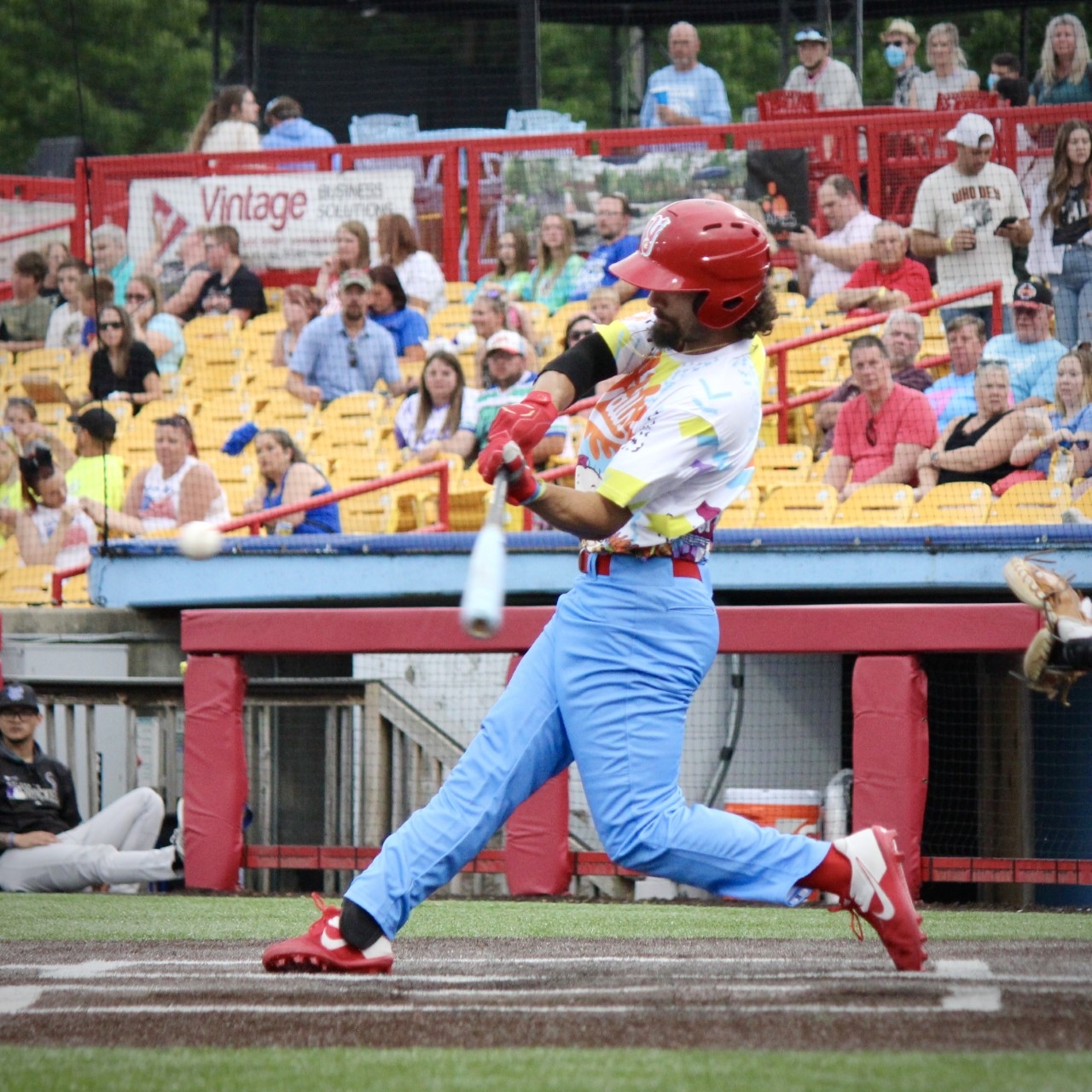 FLORENCE, Ky. – After a surprising 18-9 loss against the Windy City Thunderbolts last night, Florence Y’alls field manager Brian White called his team together for a meeting today. What followed was a dominant 10-6 victory to even the series at Thomas More Stadium in Florence.

Florence’s bats, who put up nine runs on eleven hits in yesterday’s defeat, had an even better outing tonight. The Y’alls recorded a hit in every inning, and had every batter pick up at least one hit. Harrison DiNicola, Brennan Price, and AJ Bumpass each came through with three-hit nights.

A crowd of 2,200 watched the Y’alls end their four-game losing streak, and do it on Nickelodeon night at the ballpark. Florence wore specialty Nickelodeon-themed jerseys, featuring various cartoon characters and the iconic Nickelodeon slime logo.

The bats hopped on Windy City’s pitching early in the contest, and allowed Yasel Santana to breathe comfortably throughout his start. The former Red Sox farmhand went 4.1 innings, allowing no runs on three hits. A combination of five relief pitchers finished the game, with Karl Craigie earning the win. Windy City's Tyler Thornton gets the loss.

This is the fifth time Florence has outputted double-digit runs this season, as they continue to prove themselves as a premier offensive team in the Frontier League. The Y’alls are top-five in most offensive categories, including batting average, runs, hits, on-base percentage, and slugging percentage.

This three-game series between the Y’alls and Bolts is tied at one game each. Jonaiker Villalobos is Florence's projected starter for tomorrow’s rubber match. Garrett Christman is Windy City’s projected starter. First pitch at Thomas More Stadium is scheduled for 1:07 p.m.

The Florence Y’alls are Northern Kentucky’s professional baseball team, and are proud members of the independent Frontier League, an MLB Partner League. With a purposeful focus on entertaining our fans, the Y’alls provide affordable, family-friendly entertainment. Y’alls home games are played at Thomas More Stadium, located at 7950 Freedom Way in Florence, Kentucky. The Y’alls are at home tomorrow against the Windy City Thunderbolts. First pitch is at 1:07 P.M. Tickets are on sale now for the 2022 season. More details can be found online at florenceyalls.com (http://florenceyalls.com/) or by phone at (859) 594-4487.